How much is the average rent in El Paso, TX?

How to search for apartments for rent in El Paso, TX?

Your perfect apartment for rent in El Paso, TX is just a few clicks away on Point2. You can look up 1-bedroom, 2-bedroom, 3-bedroom apartments, studio apartments or any other type of rental in El Paso, TX. Just use the filtering options available to find properties according to your needs.

How to find El Paso, TX apartments for rent I can afford?

On Point2, you can search for apartment rentals in El Paso, TX based on your budget. Sort all condos according to price, or get a tailored list of properties by setting the minimum and maximum monthly rates you're comfortable with. Moreover, you can use the Price Drop filter to look for any recent rent declines on the El Paso, TX rental market.

Point2 offers a lot of information about rentals in El Paso, TX, from property type, square footage and amenities to area demographics and even local rent trends. Additionally, you can use the map view to check if the apartments you're looking at are close to the facilities and services you need. The name and contact details of the real estate agents handling the condos are available on all listings, so just reach out to them directly through the contact forms provided.

El Paso is known as a place with a unique location, low cost of living and some of the best parks in the country. It’s also one of the most walkable cities due to the abundance of sidewalks around town. The city is a fantastic choice for families and singles alike, as it has a great school and library system and is one of the safest big cities in the country. It’s considered the best Texas city for recreation and families and has been ranked #9 in the country for its quality of living.

How big is El Paso?

The city is quite sizeable, boasting 256 square miles. However, it’s still only half the size of Phoenix and Houston.

Where is El Paso located?

El Paso is located on the border of Texas and Mexico, 430 miles from Phoenix; 316 miles from Tucson, Ariz.; and 551 miles from Houston.

With a hot desert climate, El Paso experiences hot summers and mild winters. It also has more than 300 days of sunshine per year, for which it was nicknamed the Sun City. During 100 days of the year, temperatures average higher than 90°F, even though the city receives quite a bit of rain during the summer months. Besides this, the rest of the year is quite dry. Dust storms are common occurrences during the spring. Sitting at an elevation of 3,800 feet above sea level, snow is not uncommon during the summer months. 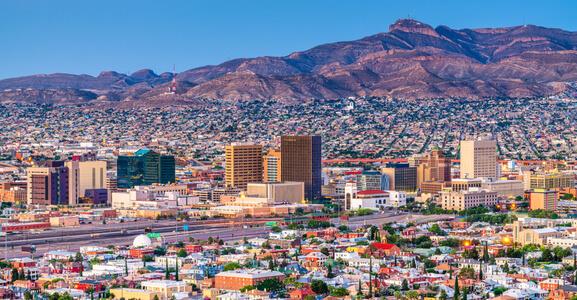 What are the pros of living in El Paso?

The fine weather and abundant food options; affordable cost of living; gorgeous surrounding natural landscape; mountainous backdrop; and walkability of the city make El Paso a great place to live. And, because it’s so close to the Mexican border, it has a significant Hispanic population, which means plenty of margaritas and tacos.

What are the cons of living in El Paso?

On the flipside, El Paso is fairly isolated, as the closest major cities are more than 250 miles away. There also aren’t that many non-stop flights out of the city, either. 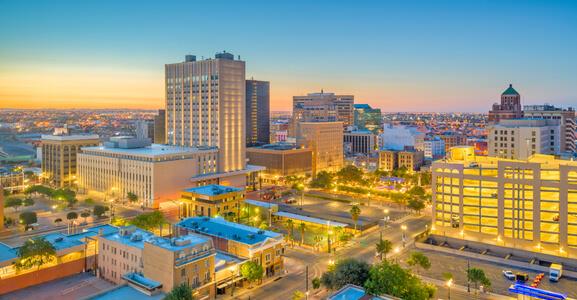 How much does a meal cost in El Paso?

A three-course dinner for two at a mid-range restaurant is priced at $30, on average, while a regular cappuccino will run you $3.81 each.

How much do utilities cost in El Paso?

How much does public transportation cost in El Paso?

The average rent for an apartment in El Paso is $978 per month.

What is the average apartment size in El Paso?

The average apartment size in El Paso is 812 sq. ft.

What is the rent for a studio apartment in El Paso?

Rent for a studio apartment in El Paso ranges between $725 and $793 per month.

What is the rent for a 1-bedroom apartment in El Paso?

What is the rent for a 2-bedroom apartment in El Paso?

What is the rent for a 3-bedroom apartment in El Paso?

What are the major industries in El Paso?

Where to work in El Paso?

Call centers and the military base, Fort Bliss, are among the largest employers in the city. El Paso was also ranked among the top five U.S. cities for its cost of doing business, making it a fantastic location in which to open a small business or a startup. 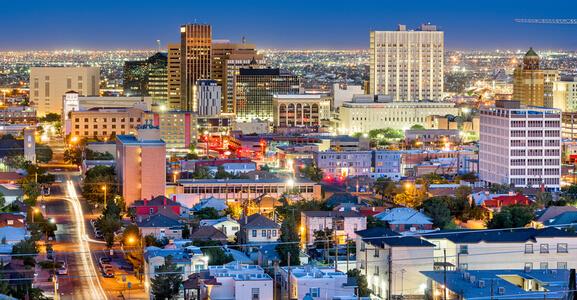 What is the school system like in El Paso?

Four public schools and a dozen private schools operate in El Paso. The city is also home to top-rated libraries — a fantastic destination that bookworms will certainly appreciate.

What are the top colleges in El Paso? 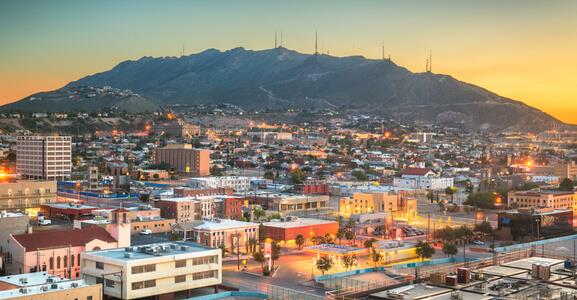 What parks are there in El Paso?

El Paso’s top attractions are its natural wonders. Franklin Mountain State Park is a gorgeous destination where you can try the Wyler Aerial Tramway. You can also experience ancient rock cravings at Hueco Tanks State Historic Site. The adventurous souls can try their hand at rafting down the Rio Grande River.

What family attractions are there in El Paso?

Is El Paso a walkable city?

Strolling around the city and just taking in the sights is quite possible in El Paso, as it ranks as one of the most walkable cities in the U.S., boasting plenty of sidewalks.

What sports events are held in El Paso?

The Sun Bowl — college football’s second-oldest bowl game that has been played in El Paso since1937 — should not be missed. The UTEP college games and the El Paso Chihuahuas’ minor league baseball games are other exciting local sports events.

What cultural events are held in El Paso?

The city features numerous events for music and culture lovers, including the Sun City Music Festival and the Neon Desert Music Festival.

What to know about renting in El Paso?

When tenants apply for a lease in El Paso, landlords are asked to provide a written copy of their eligibility criteria. If they don’t, they’ll need to return the renter’s application fee and/or deposit if the application is rejected. This will save you a lot of money that you would otherwise waste while applying for rentals that you aren’t eligible for. Late fees can only be charged if they are written into the lease agreement. Landlords are required to provide tenants with a grace period of a full business day at minimum after rent is due before they assess a late fee.