Apartments for Rent in Austin, TX

See all agents in Austin, TX

How much is the average rent in Austin, TX?

How to search for apartments for rent in Austin, TX?

Your perfect apartment for rent in Austin, TX is just a few clicks away on Point2. You can look up 1-bedroom, 2-bedroom, 3-bedroom apartments, studio apartments or any other type of rental in Austin, TX. Just use the filtering options available to find properties according to your needs.

How to find Austin, TX apartments for rent I can afford?

On Point2, you can search for apartment rentals in Austin, TX based on your budget. Sort all condos according to price, or get a tailored list of properties by setting the minimum and maximum monthly rates you're comfortable with. Moreover, you can use the Price Drop filter to look for any recent rent declines on the Austin, TX rental market.

Point2 offers a lot of information about rentals in Austin, TX, from property type, square footage and amenities to area demographics and even local rent trends. Additionally, you can use the map view to check if the apartments you're looking at are close to the facilities and services you need. The name and contact details of the real estate agents handling the condos are available on all listings, so just reach out to them directly through the contact forms provided.
Renter’s City Guide to Austin, TX
Introducing Austin Expenses & Housing Stats Jobs & Education Lifestyle & Renting Tips

Austin is world-renowned for its vibrant music scene and is a cultural hot spot. As one of the fastest-growing cities in the U.S., Austin has boomed since the mid 20th century and attracts people from all walks of life.

How big is Austin?

Austin has an area of around 280 square miles and a population of about 964,250. As the capital of Texas, it’s the second-largest state capital in the U.S., after Phoenix.

What cities are close to Austin?

Austin enjoys a central location in Texas, with all the other major cities such as Dallas, Houston, San Antonio and Fort Worth all less than 200 miles away. At just under 80 miles south-west, San Antonio is the closest large city.

Austin enjoys a humid subtropical climate, with hot summers and cool winters. The coldest months are December through February, with average temperatures of around 44℉. On average, you can expect around 228 sunny days per year. Summers run June through September and July is typically the hottest month, with average highs of 95℉. January is generally the coldest month of the year, with average lows of 38℉. Ice storms occur now and then and can disrupt usual operations for as long as 48 hours. 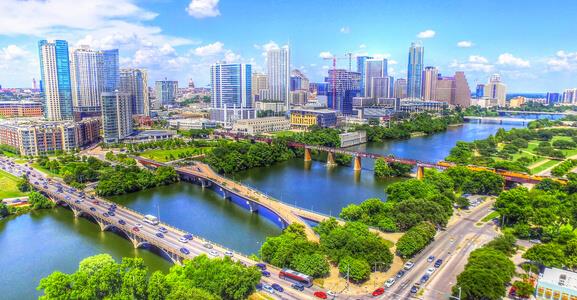 What are the pros of living in Austin?

Austin is recognized as one of the best cities in the U.S. for employment opportunities and is the 3rd fastest growing city in the country. Residents are not subject to personal income tax, while employees and small businesses within city limits can enjoy further tax benefits. With an average commute time of around 22 minutes, Austin’s residents typically spend less time commuting than the U.S. national average of 26 minutes.

What are the cons of living in Austin?

With rapid growth comes growing pains and some parts of the city can experience heavy traffic and congestion. While the average commute time is low, people living in neighborhoods in and around the central business district can expect hot, sweaty commutes, as well as frequent delays.

Is Austin a diverse city?

Austin enjoys a great diversity, with a mixture of people from all corners of the world. There are sizable African American and Asian minorities, while Hispanic Americans make up 35% of the population.

Within the city and its metropolitan area, you’ll find a wide variety of different neighborhoods. There’s something for everyone, from high-rise blocks in more central locations to spacious, walkable estates. A buzzing entertainment scene means you’ll never get bored, with a wealth of restaurants, bars and other things to do never far away. 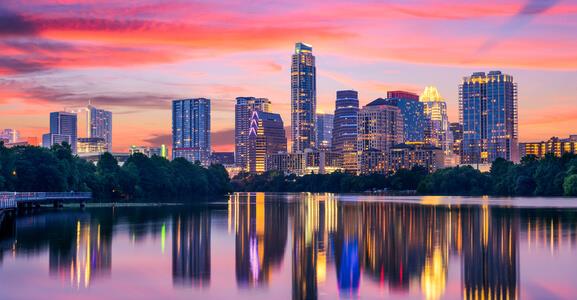 How much is public transportation in Austin?

On average, you can expect to pay around $1.45 for a single ride on local public transportation. Day passes generally start at about $3, while a monthly pass should cost just over $40. Kids under five can ride for free when accompanied by an adult. Uniformed military personnel is also entitled to ride for free.

How much does a meal cost in Austin?

You can expect to pay around $50 on average for two people to enjoy a 3-course meal at a mid-range restaurant. For fast food, a typical combo meal will cost approximately $7.50, while a regular coffee averages out at about $4.25.

How much are utilities in Austin?

For a 915 sqft apartment, you can expect to pay around $140 per month for basic utilities such as water, electricity, heating, cooling and garbage disposal. To add an internet connection, it’ll be an additional $63 per month on average. Cleaning services cost around $22 per hour.

The average rent for an apartment in Austin is $1,735 per month.

What is the average apartment size in Austin?

The average apartment size in Austin is 862 sq. ft.

What is the rent for a studio apartment in Austin?

What is the rent for a 1-bedroom apartment in Austin?

What is the rent for a 2-bedroom apartment in Austin?

What is the rent for a 3-bedroom apartment in Austin? 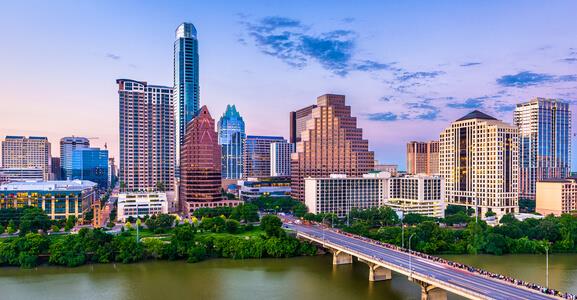 What is the best school district in Austin?

The majority of Austin is served by the Austin Independent School District (AISD). Providing education to over 80,000 students at 130 schools, it’s the fifth-largest school district in Texas.

What are the top colleges in Austin?

Austin has been recognized as the ‘6th Smartest American City’ by CNN Money thanks to its fantastic array of top-rated universities and colleges. Examples include Texas State University, Southwestern University, St. Edward’s University and Huston-Tillotson University. 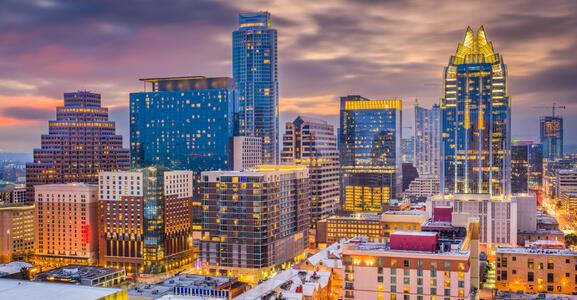 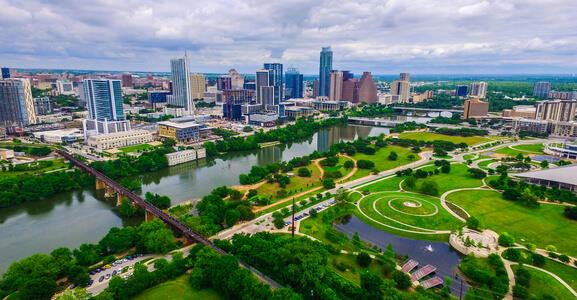 What is there to do outside in Austin?

Outdoor enthusiasts have plenty to keep them occupied in Austin. From swimming in the refreshing Barton Springs Pool to cycling the trails at Zilker Metropolitan Park or bat watching at Congress Avenue Bridge. Water sports are also popular, with plenty of opportunities to try stand-up paddleboarding and canoeing. The Lady Bird hiking trail is great for exercise and taking in the views. For something a little different, Splash Movie Nights showcase a multitude of family-friendly movies in an open-air environment.

What is there to do in Austin for families?

The Austin Nature and Science Center is fantastic fun for the whole family and takes in 80-acres hands-on exhibitions showcasing replicas of fossils and dinosaur tracks. Other top picks include Austin Duck Adventures, Escape Game Austin, the Austin Aquarium and the epic Schlitterbahn Water Park and Resort.

What are the best museums in Austin?

For lovers of ancient cultural heritage and art, the Blanton Museum is a must. The Bob Bullock Museum is another top choice for history buffs and takes in various exhibits that highlight Texas’s rich past.

Where to go shopping in Austin?

Austin provides plenty of choices when it comes to shopping. Three of the most popular shopping venues are Barton Creek Square, Domain Shopping Mall and Hancock Mall.

Where to dine in Austin?

There’s no shortage of great places to eat out in Austin, with restaurants showcasing cuisines from around the world. Top picks include Uchiko Japanese Restaurant, Franklin Barbecue Restaurant and Hula Hut Mexican Restaurant.

What are the renter’s rights in Austin?

Renters’ rights in Austin are fairly well protected, with the local Tenants Council promoting the right to safe, fair, affordable and decent housing for everyone. However, it’s best to do your homework and treat your lease agreement very seriously, as it may contain legal loopholes.

For example, landlords don’t need the express permission of the tenant to enter the unit at any time if this privilege is not specified in the contract. There’s also no law that limits the number of rent increases a landlord can impose. Finally, evictions can be carried out in as little as two weeks. Always double-check your contract before signing and make sure you’re clear on every point.