Apartments for Rent in Detroit, MI

See all agents in Detroit, MI

How much is the average rent in Detroit, MI?

How to search for apartments for rent in Detroit, MI?

Your perfect apartment for rent in Detroit, MI is just a few clicks away on Point2. You can look up 1-bedroom, 2-bedroom, 3-bedroom apartments, studio apartments or any other type of rental in Detroit, MI. Just use the filtering options available to find properties according to your needs.

How to find Detroit, MI apartments for rent I can afford?

On Point2, you can search for apartment rentals in Detroit, MI based on your budget. Sort all condos according to price, or get a tailored list of properties by setting the minimum and maximum monthly rates you're comfortable with. Moreover, you can use the Price Drop filter to look for any recent rent declines on the Detroit, MI rental market.

Point2 offers a lot of information about rentals in Detroit, MI, from property type, square footage and amenities to area demographics and even local rent trends. Additionally, you can use the map view to check if the apartments you're looking at are close to the facilities and services you need. The name and contact details of the real estate agents handling the condos are available on all listings, so just reach out to them directly through the contact forms provided.
Renter’s City Guide to Detroit, MI
Introducing Detroit Expenses & Housing Stats Jobs & Education Lifestyle & Renting Tips

The city was named a top place to travel to in 2018 by Lonely Planet and was ranked as the Seventh-Best City for Singles by Forbes, considering “dating affordability.” The views of the downtown core from the Detroit River are gorgeous. Motor City, as it’s also called, is definitely on the upswing, experiencing massive revitalization efforts.

What is the size of Detroit?

Detroit encompasses a total of 142 square miles, making it the largest city in Michigan. It’s five times the size of the city of Ann Arbor, which lies 43 miles away. The Canadian city of Windsor, Ontario, is five miles away and is one-fourth the size of Detroit.

Detroit’s weather is varied, featuring long, cold winters with 33 inches of snow per year and average temperatures of 25°F in January. The city experiences 180 days of sunshine and the average summer temperature is 73°F in July. 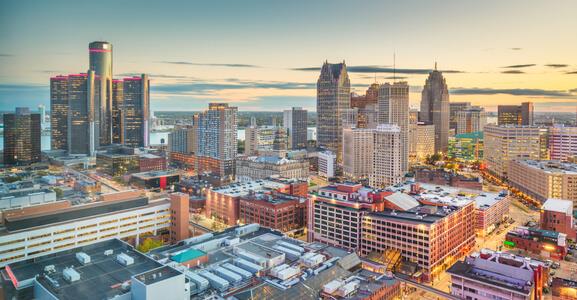 What are the advantages of living in Detroit?

Thanks to the city’s automotive boom in the early 20th century, Detroit is now a veritable melting pot of cultures with a mixture of ethnicities. In fact, Dearborn — one of the neighboring towns located eight miles from Detroit — has the largest number of Arab-Americans in the country. The low real estate prices and close proximity to Canada are also fantastic perks of living in Detroit.

What are the disadvantages of living in Detroit?

On the downside, the city’s high unemployment rate (around 14%) is a disadvantage to living here. 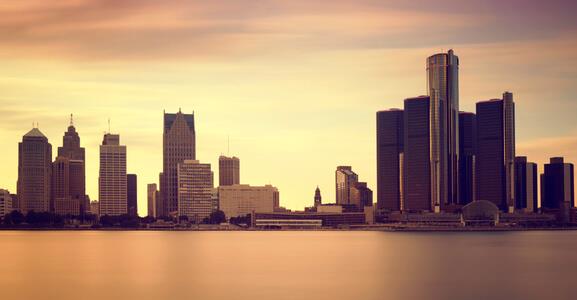 How much do utilities cost in Detroit?

How much does a meal cost in Detroit?

A three-course dinner for two at a mid-range restaurant is priced at $45, on average, while a regular cappuccino costs $3.70.

What is the best way to get around Detroit?

The Detroit Department of Transportation connects the city through buses, with a single fare costing $1.50 for adults, $0.75 for students and $0.50 for seniors. Monthly regional passes are also available. Or, for a whopping $0.75, you can hop on the Detroit People Mover automated light rail system.

The average rent for an apartment in Detroit is $1,166 per month.

What is the average apartment size in Detroit?

The average apartment size in Detroit is 797 sq. ft.

What is the rent for a studio apartment in Detroit?

Rent for a studio apartment in Detroit ranges between $175 and $2,235 per month.

What is the rent for a 1-bedroom apartment in Detroit?

What is the rent for a 2-bedroom apartment in Detroit?

What is the rent for a 3-bedroom apartment in Detroit? 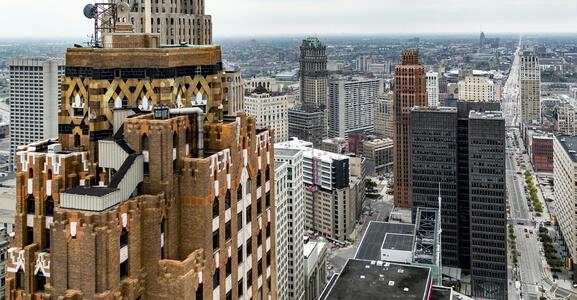 Where to work in Detroit?

General Motors, Quicken Loans, Little Caesars, Ally Financial and Blue Cross Blue Shield of Michigan are some of the largest companies in the city. Besides the prominent automotive manufacturing business, the healthcare, finance and technology sectors also offer ample employment. 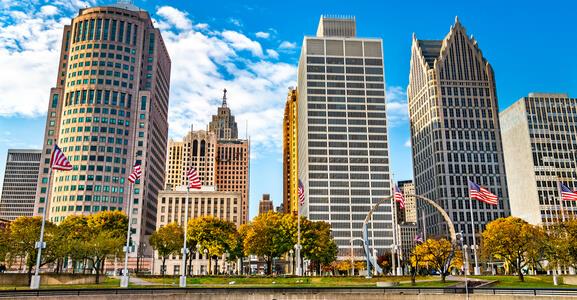 What schools are there in Detroit?

What are the top colleges in Detroit?

Wayne State University in Midtown Detroit with its medical and law schools; the University of Detroit Mercy; the College for Creative Studies; the Lewis College of Business; and Marygrove College are some of the most prominent higher education institutions in the city. 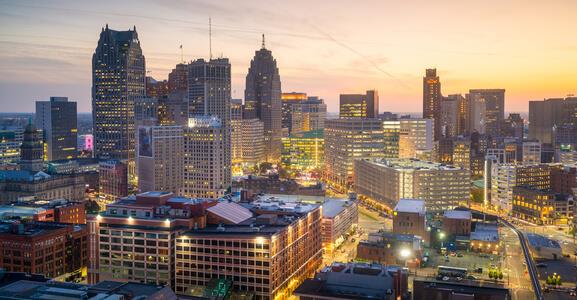 What to do in Detroit?

Visiting large casinos — like the MGM Grand Detroit Casino or the Greektown Casino — is a popular pastime. The local authentic restaurants in Mexicantown and Slows Bar BQ are also favored by locals.

What outdoor attractions are there in Detroit?

Chene Park features hiking trails, a bar, a fountain and an amphitheater, while Campus Martius Park boasts year-round entertainment on 2.5 acres in the downtown core. Belle Isle Park by the Detroit River also has nature trails and a charming beach for swimming.

What cultural attractions are there in Detroit?

The Detroit Institute of Arts features some of the finest art in the world. The Detroit Opera House is home to the latest local and national performances, while the Fox Theatre performing arts center hosts musical and theatrical productions. The Charles H. Wright Museum of African American History is another highlight, depicting the journey of African Americans in the United States through valuable artifacts. The Motown Museum – Hitsville, USA is home to the legendary music label that produced countless hit songs in the 1960s and 70s.

What sporting events are there in Detroit?

WalletHub rated Detroit as the best city in the country for hockey fans, and the Joe Louis Arena is home to some of the top games of the season. The Detroit Tigers attract baseball fans to Comerica Park, while the Detroit Lions pack Ford Field during football season.

What to know about renting in Detroit?

Landlords in Detroit aren’t allowed to charge more than 1.5 months’ worth of rent as a security deposit. Your landlord will present you with two copies of a move-in checklist, which you need to scan through one week prior to moving in. Check off any issues, hand over a copy to the landlord, and keep one for yourself to ensure that you get your deposit back once your lease is up.