Apartments for Rent in Minneapolis, MN

See all agents in Minneapolis, MN

How much is the average rent in Minneapolis, MN?

How to search for apartments for rent in Minneapolis, MN?

Your perfect apartment for rent in Minneapolis, MN is just a few clicks away on Point2. You can look up 1-bedroom, 2-bedroom, 3-bedroom apartments, studio apartments or any other type of rental in Minneapolis, MN. Just use the filtering options available to find properties according to your needs.

How to find Minneapolis, MN apartments for rent I can afford?

On Point2, you can search for apartment rentals in Minneapolis, MN based on your budget. Sort all condos according to price, or get a tailored list of properties by setting the minimum and maximum monthly rates you're comfortable with. Moreover, you can use the Price Drop filter to look for any recent rent declines on the Minneapolis, MN rental market.

Point2 offers a lot of information about rentals in Minneapolis, MN, from property type, square footage and amenities to area demographics and even local rent trends. Additionally, you can use the map view to check if the apartments you're looking at are close to the facilities and services you need. The name and contact details of the real estate agents handling the condos are available on all listings, so just reach out to them directly through the contact forms provided.
Renter’s City Guide to Minneapolis, MN
Introducing Minneapolis Expenses & Housing Stats Jobs & Education Lifestyle & Renting Tips

Minneapolis is a powerhouse in the Midwest, with its progressive attitude offering a thriving artistic lifestyle, plenty of nature to explore and many employment opportunities. The city has been ranked as the Best Local Food Scene by USA Today, while the Northeast Minneapolis Art District was named the best in the country by the same publication in 2015. The Minneapolis-St. Paul area features a total of seven hospitals, four of which have been included among the best in the country by US News & World Report.

How big is Minneapolis?

With 58 square miles, the city is about the same size as St. Paul, Minn.

Where is Minneapolis located?

Minneapolis lies 80 miles from Rochester and is 10 miles from neighboring Bloomington. The city of St. Paul is 12 miles to the east.

Temperatures can reach into the upper 70s and 80s during the summer months and are usually accompanied by moderate humidity. Winter average temperatures are in the mid- to upper 20s and tend to drop down to single-digit temperatures during nighttime. Around 30 inches of rain and 55 inches of snow fall in Minneapolis per year. 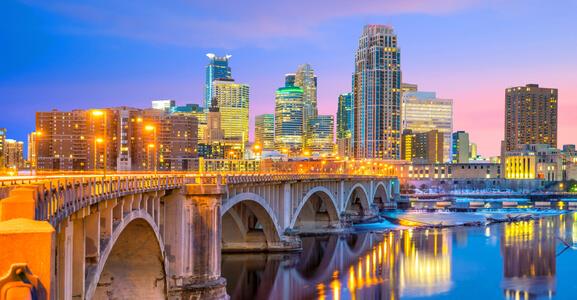 What are the pros of living in Minneapolis?

The sporting events, shopping options and buzzing art and culture scene are some of the best features of Minneapolis. The abundance of year-round activities, the thriving lifestyle and the city’s affordability are other perks. The city was named the best place to live in the U.S. by Patch of Earth and WalletHub ranked it #9 on its Best Large Cities to Live In list.

What are the cons of living in Minneapolis?

The weather is a huge drawback and, despite the pleasant summer months, winters can be quite brutal, experiencing lots of snowfall and long-lasting cold temperatures. 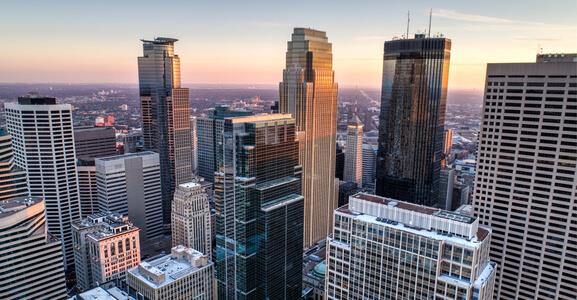 Is living in Minneapolis expensive?

The cost of living in Minneapolis is lower than in Chicago, but higher than in Milwaukee. Minneapolis was ranked the 13th-Most Affordable City in the country by US News & World Report.

How much does an average meal cost in Minneapolis?

On average, a three-course meal for two people costs $65 in a mid-range Minneapolis restaurant.

How much do utilities cost in Minneapolis?

What is the best way to get around Minneapolis?

The Minneapolis-St. Paul area is served by Metro Transit’s comprehensive bus and train lines. A monthly pass is priced at $83. A 24-hour taxi service, as well as ride-sharing services — like Uber and Lyft — are also available in the city.

The average rent for an apartment in Minneapolis is $1,621 per month.

What is the average apartment size in Minneapolis?

The average apartment size in Minneapolis is 778 sq. ft.

What is the rent for a studio apartment in Minneapolis?

Rent for a studio apartment in Minneapolis ranges between $100 and $4,078 per month.

What is the rent for a 1-bedroom apartment in Minneapolis?

Rent for a 1-bedroom apartment in Minneapolis ranges between $512 and $6,112 per month.

What is the rent for a 2-bedroom apartment in Minneapolis?

What is the rent for a 3-bedroom apartment in Minneapolis? 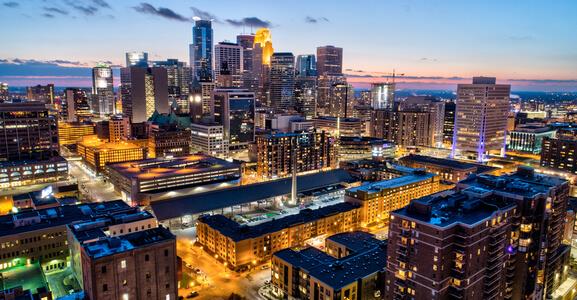 Where to work in Minneapolis?

Minneapolis boasts the second-largest economy in the Midwest area, following only the city of Chicago. Some of the most prominent industries in the city are commerce, finance and healthcare, as well as rail and trucking services. The city is also home to Fortune 500 companies, such as Target, Ameriprise Financial and U.S. Bancorp.

How is the unemployment rate in Minneapolis?

Unemployment in the city is lower than both the national and state averages. 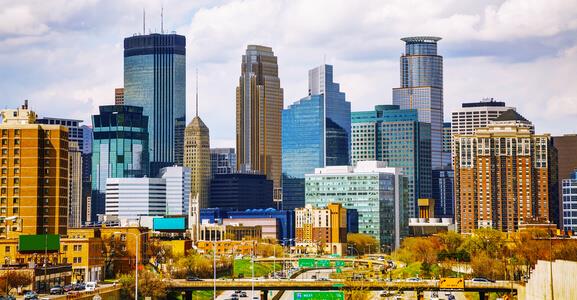 What are the top colleges in Minneapolis?

The University of Minnesota is one of the best higher education institutions in the city and was ranked among the 25 best research universities by the Center for Measuring University Performance. The university also features the third-best chemical engineering and doctor of pharmacy programs in the country. Minneapolis has other public and private colleges, as well, including Minneapolis Community and Technical College.

How many public schools does Minneapolis have?

Served by the Minneapolis Public School District, the area features around 100 public schools. 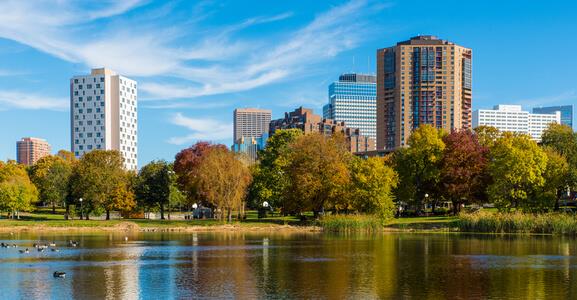 What to do in Minneapolis?

Downtown Minneapolis offers high-end boutique shopping, fine dining restaurants and entertainment and is also home to several festivals. During the summer months, it hosts a weekly farmer’s market on Thursdays. Bunker Beach Water Park, the Crayola Experience and the Mall of America — boasting 400 stores and serving 40 million visitors annually — are other top attractions.

What parks are there in Minneapolis?

McGraw-Hill named the Minneapolis park system the best-maintained, best-designed and best-financed park system in the nation. For example, the Minnehaha Regional Park features amazing amenities, such as a disc golf course, a lovely, 53-foot waterfall and trails along the Mississippi River. It welcomes more than 850,000 visitors per year.

What cultural attractions are there in Minneapolis?

Museums and art galleries are abundant in the city, including the Minnesota History Museum, the Science Museum of Minnesota and the Minnesota Children’s Museum. The latter is great for families with children, as it features seven galleries with hands-on exhibits for kids to enjoy.

What sporting events are there in Minneapolis?

The city is home to quite a few MLB, NFL, NHL and NBA teams, including the Twins, Vikings, Wild and Timberwolves. The University of Minnesota’s Golden Gophers are part of the Big 10 conference. Golf fanatics will be happy to learn that the Ryder Cup, which plays through Hazeltine National Golf Club in Chaska, is situated just 25 miles southwest of the city. What’s more, every February, a 35-kilometer cross-country ski race takes place in the city, and Peavey Plaza is turned into a European-style village during the Minneapolis Holiday Market.

What to know about renting in Minneapolis?

Minnesota doesn’t have any rent-control laws, so agreements differ by location. So, before signing on the dotted line, take time to read and fully understand the rental terms. Keep in mind that landlords can only increase rental fees once the lease period ends, but there’s no limit to the amount they can increase it. Meanwhile, if the needed repairs are not done by the landlord, legal action can be taken by the tenant, including placing the rent in escrow until repairs are complete.