Apartments for Rent in Cambridge, MA

How much is the average rent in Cambridge, MA?

How to search for apartments for rent in Cambridge, MA?

Your perfect apartment for rent in Cambridge, MA is just a few clicks away on Point2. You can look up 1-bedroom, 2-bedroom, 3-bedroom apartments, studio apartments or any other type of rental in Cambridge, MA. Just use the filtering options available to find properties according to your needs.

How to find Cambridge, MA apartments for rent I can afford?

On Point2, you can search for apartment rentals in Cambridge, MA based on your budget. Sort all condos according to price, or get a tailored list of properties by setting the minimum and maximum monthly rates you're comfortable with. Moreover, you can use the Price Drop filter to look for any recent rent declines on the Cambridge, MA rental market.

Point2 offers a lot of information about rentals in Cambridge, MA, from property type, square footage and amenities to area demographics and even local rent trends. Additionally, you can use the map view to check if the apartments you're looking at are close to the facilities and services you need. The name and contact details of the real estate agents handling the condos are available on all listings, so just reach out to them directly through the contact forms provided.

Located in Middlesex County, MA, the city of Cambridge is best known for being home to two internationally acclaimed universities: Harvard and the Massachusetts Institute of Technology (MIT). Founded in 1630, the city fittingly takes its name from the UK-based University of Cambridge, whose Puritan theology appealed to the city’s founders. The city’s two universities have also brought an unparalleled contribution to the world’s leading researchers and scientists. In fact, 129 of the 780 Nobel Prize winners have been affiliated with Cambridge universities during their careers.

How big is Cambridge?

Cambridge is the fifth-largest city in Massachusetts after Boston, Worcester, Springfield and Lowell. In terms of total area, it only spans across a little more than seven square miles. Residents fondly refer to Cambridge as the ‘City of Squares,’ due to its many squares that form charming neighborhoods filled with cultural and historic attractions.

What cities are close to Cambridge?

You can see Boston on the other side of the Charles River, and getting there from Cambridge is a quick, 15-minute drive. Concord, N.H., is a 1.5-hour drive north or, if you fancy a day out in the Big Apple, you can get to New York City in about 3.5 hours.

Although Cambridge has a warm continental climate, don’t get your hopes up too high about the weather. Cambridge gets a lot of rain throughout the year, and it has practically no dry season. Winters can be very cold, with the average temperature in January being 26°F. Meanwhile, summers are a bit warmer, reaching highs of up to 80°F, yet they are also very humid. 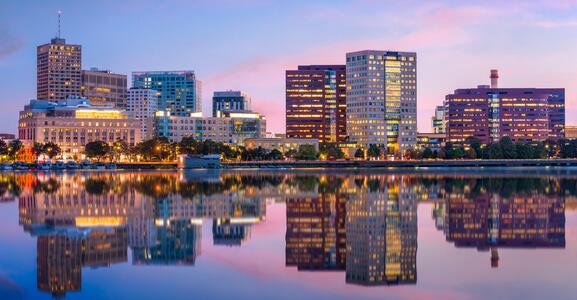 Is Cambridge a good place to live?

Best known as a college town, Cambridge is also a great place to live for families and young professionals — and it has the accolades to prove it. The city ranked second in Livability’s “Top 10 Healthiest Cities,” due to its walkability and recreational facilities, as well as its doctor-to-patient ratio. Sperling also rated it the #1 place for “Most Competitive Private Colleges,” as well as “Safest City for Families with Young Children.”

What are the pros of living in Cambridge?

Having two prestigious universities just two miles apart is just one of the pros of living in Cambridge. Part of the Boston metropolitan area, the city has succeeded in preserving its cultural and historic heritage, and many areas in Cambridge have retained their original housing structures. It’s also a real piece of heaven for foodies and history buffs, as well as those who enjoy an outdoor lifestyle.

What are the cons of living in Cambridge?

One of the downsides to living in Cambridge is the housing costs, which can be quite high due to the fact that the city has numerous historic buildings and neighborhoods. The cost of living may be lower than Boston, but it’s still above the national average. Residents also mention the city sprawl and constant traffic as some of their grievances in living here. 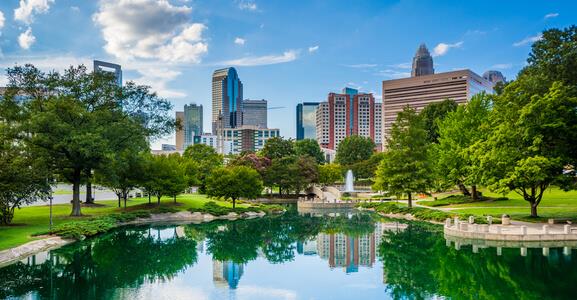 How much is public transportation in Cambridge?

Public transportation in Cambridge is provided by the Massachusetts Bay Transportation Authority, with the Silver Line routes SL4 and SL5 being the two that operate within Boston and its immediate communities. A one-way cash fare costs $2, or $1.70 if you have a CharlieCard. Monthly local bus passes are available for $55.

How much does a meal cost in Cambridge?

A three-course meal for two in one of Cambridge’s mid-range restaurants costs around $57.50, or you can grab a meal in an inexpensive diner for $13. In general, restaurant prices are 20.3% lower than in Boston, while groceries are 4.73% cheaper.

How much are utilities in Cambridge?

Monthly utilities for a 915-square-foot apartment in Cambridge are $147.83, on average. Internet services are an additional $72 each month.

The average rent for an apartment in Cambridge is $3,399 per month.

What is the average apartment size in Cambridge?

The average apartment size in Cambridge is 839 sq. ft.

What is the rent for a studio apartment in Cambridge?

What is the rent for a 1-bedroom apartment in Cambridge?

What is the rent for a 2-bedroom apartment in Cambridge?

What is the rent for a 3-bedroom apartment in Cambridge? 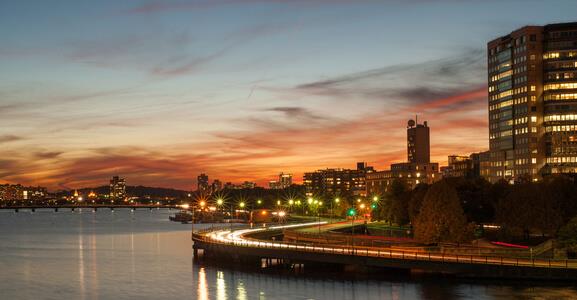 What are the top employers in Cambridge?

Cambridge’s economy relies heavily on educational and research institutions. Harvard alone employs almost 12,000 residents, while MIT employs around 8,700, ranking them both as the city’s top employers. Other top employers include the City of Cambridge, Biogen, Novartis and Mount Auburn Hospital. 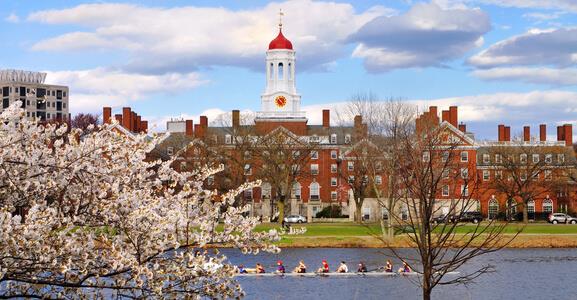 What are the top colleges in Cambridge?

Cambridge has some of the best colleges and universities not just in the state, but also in the entire U.S. It goes without saying that Harvard and MIT will make the top of the list, but there are also several other institutions to consider. Hult International Business School, Cambridge College, Longy School of Music, Lesley University, Cambridge School of Culinary Arts, and Le Cordon Bleu College of Culinary Arts in Boston are just some of your best picks, depending on the degree you’re pursuing. The city also has numerous highly ranked schools, both private and public. 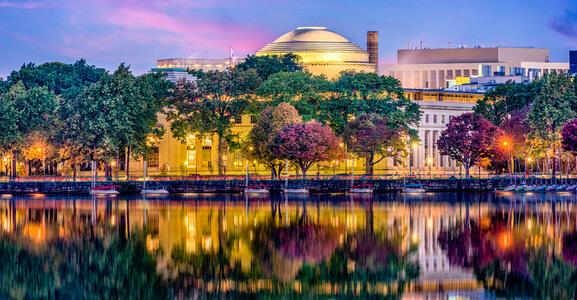 What are the top attractions in Cambridge?

Cambridge is a city steeped in history, and even a walk through the downtown area will allow you to come face to face with its rich heritage. Visiting the Harvard and MIT campuses is a must, as they lay at the center of what defines the city’s identity. The city’s famous squares are also a great hangout, filled with bars, cafes and bookstores. Specifically, the most notable one, Harvard Square, has been around since the city was founded in 1630. For a unique place to visit in Cambridge, check out Mount Auburn Cemetery, which is both a national historic landmark, as well as the burial site of many prominent figures, such as poet Henry Wadsworth Longfellow.

Are there parks in Cambridge?

Living in one of America’s healthiest cities means that there’s never any shortage of fun things to do outdoors. Although most of Cambridge is densely built residential space, there are several places for walking or biking — such as Cambridge Common. Or, if you fancy a swim, you can take a dip in the Charles River in the summer. For a grand day out in nature, head up toward Concord and check out the many national wildlife refuges and historic parks in the area.

What are the best museums in Cambridge?

For a smaller-sized city, Cambridge has a surprising number of museums that await your visit. Of the 17 total museums, Harvard alone has five, with highlights such as the Harvard Museum of Natural History and Harvard Art Museums, which includes the Fogg Museum. Peabody Museum of Archaeology, MIT Museum, Museum of Comparative Zoology and the Semitic Museum are also well worth a tour. If you’re a book lover, don’t miss the Cambridge Public Library, where you can still see the stunning original building, which was built in 1888.

Where to go out in Cambridge?

No college town would be complete without its fair share of places for going out, and Cambridge is no exception. If you thought the two major universities lent it a serious vibe, you’d be surprised to discover that Cambridge also has a great comedy scene, with live stand-up acts at The Comedy Studio or Improv Boston. For music gigs and up-and-coming local bands, check out The Middle East club and rock venue. Pop in for lunch at the Beat Brasserie, Craigie on Main, Grendel’s Den or the Miracle of Science, where you might even see MIT students in their lab coats.

What are the renters’ rights in Cambridge?

Massachusetts renter’s rights stipulate that landlords must give 30 days’ notice before increasing the rent, as well as how much money they can charge for the security deposit, which cannot go above one month’s rent. Tenants have 14 days to pay the rent before the landlord can begin the eviction process, yet they are also allowed to withhold rent should landlords fail to provide repairs or fix problems within the unit in a timely manner.