Apartments for Rent in Boston, MA

See all agents in Boston, MA

How much is the average rent in Boston, MA?

How to search for apartments for rent in Boston, MA?

Your perfect apartment for rent in Boston, MA is just a few clicks away on Point2. You can look up 1-bedroom, 2-bedroom, 3-bedroom apartments, studio apartments or any other type of rental in Boston, MA. Just use the filtering options available to find properties according to your needs.

How to find Boston, MA apartments for rent I can afford?

On Point2, you can search for apartment rentals in Boston, MA based on your budget. Sort all condos according to price, or get a tailored list of properties by setting the minimum and maximum monthly rates you're comfortable with. Moreover, you can use the Price Drop filter to look for any recent rent declines on the Boston, MA rental market.

Point2 offers a lot of information about rentals in Boston, MA, from property type, square footage and amenities to area demographics and even local rent trends. Additionally, you can use the map view to check if the apartments you're looking at are close to the facilities and services you need. The name and contact details of the real estate agents handling the condos are available on all listings, so just reach out to them directly through the contact forms provided.
Renter’s City Guide to Boston, MA
Introducing Boston Expenses & Housing Stats Jobs & Education Lifestyle & Renting Tips

Boston is famous for its sports teams, the Boston Symphony Orchestra and the lush green parks that govern the urban areas.

How big is Boston?

Boston is the largest city in the state of Massachusetts and all of New England. It is over six times smaller than NYC and has ten times fewer residents. However, the city is about the same size as Washington, both in terms of population and land area.

Where is Boston located?

Boston is a four-hour drive away from New York. Getting to Philadelphia takes two and a half hours via high-speed train and driving there will take about six hours.

Spring and autumn are crisp but not prone to much rainfall. The summer months experience average day temperatures of 80 F and 60 F during the night, with the city becoming quite humid and experiencing random thunderstorms, especially in August. Between the winter months of December through March, abundant snowfall is common, average temperature rarely exceeds 32 F and temperatures in January and February are below freezing.

Is Boston a good choice for millennials?

Thanks to its stable and affordable real estate market, its diverse educational system and the jobs available (especially in the tech sector), Boston was named one of the top 10 cities for millennials in 2016. 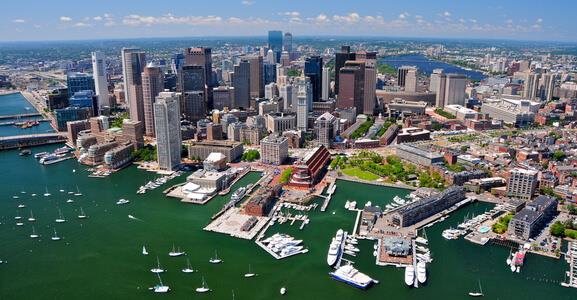 What are the pros of living in Boston?

The city generally appeals to all ages and demographics, thanks to its active nightlife, buzzing restaurant and bar scene, an abundance of museums and historical sites, as well as several successful professional and college sports teams. The prime cultural locations, including the Boston Symphony Orchestra, make it all the more alluring. With 54 colleges and universities governing the Boston Metropolitan Area, the city attracts well-educated youngsters and provides endless opportunities for students of all ages. The city’s crime rate is relatively low when compared to New York, Washington and Philadelphia.

What are the cons of living in Boston?

The high cost of living, the sustained winter weather and the generally unfriendly population are the negative aspects of living in Boston.

Is Boston a diverse city?

Boston is quite a diverse city since half of its population is comprised of individuals of African-American, Hispanic and Asian descent.

What is the best way to get around Boston?

The Massachusetts Bay Transportation Authority, also referred to as The T services, is responsible for the city’s major public transport routes, including commuter rails, ferry routes, buses and subways, with the latter two being the most popular options among Bostonians. The city has the third-longest average commute time among major U.S. cities. The subway comprises three heavy rail rapid lines and two light rail lines, set up in a spoke hub distribution with Boston at its core. A single bus or subway ticket costs $2.70, and up to three children 44 inches tall can ride for free if accompanied by a paying adult.

How much does an average meal cost in Boston?

A meal for two people at a mid-range restaurant in the city can cost around $75, while a regular cappuccino is about $4. The state sales tax for restaurants in Massachusetts is at 6.25%.

How much do utilities cost in Boston?

On average, Boston residents spend $151.61 on utilities for a 915 square-foot apartment.

The average rent for an apartment in Boston is $3,634 per month.

What is the average apartment size in Boston?

The average apartment size in Boston is 808 sq. ft.

What is the rent for a studio apartment in Boston?

What is the rent for a 1-bedroom apartment in Boston?

What is the rent for a 2-bedroom apartment in Boston?

What is the rent for a 3-bedroom apartment in Boston? 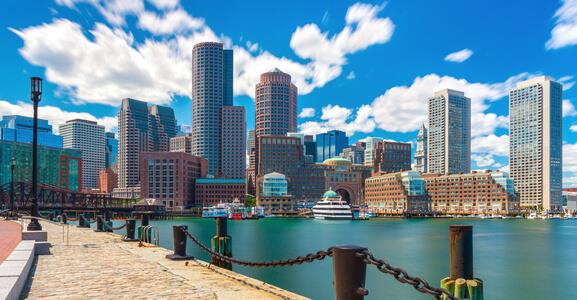 Where to work in Boston?

The most popular industries are banking, technology and health services, as the city is home to numerous large insurance companies, in addition to MITRE, the Massachusetts General Hospital and multiple mid-sized banks.

How is the economy in Boston?

Boston boasts the 6th largest economy in the country and is among the 30 most economically powerful cities in the world. 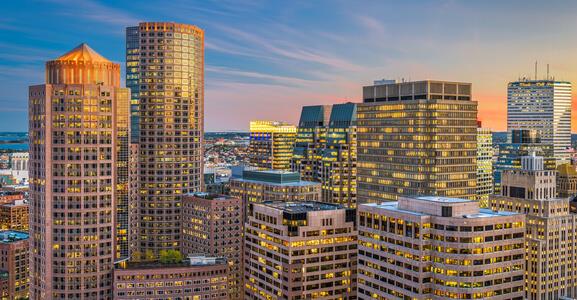 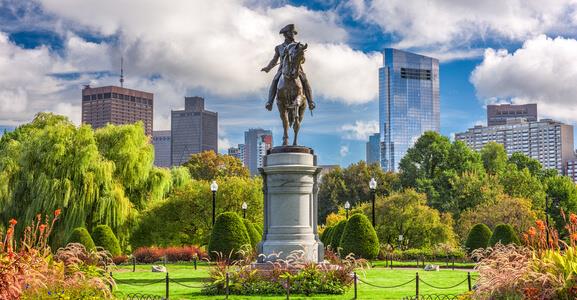 What can families do in Boston?

Boston is a fantastic place for families with children since the city offers many attractions for all ages, including the New England Aquarium, the Boston Science Museum and Franklin Park Zoo. Besides these, the Boston Gardens Public Park and its charming “Make Way for Ducklings” statues are a fantastic outdoor alternative.

What events is Boston known for?

Boston is known for the abundance and wide range of annual events, such as Patriots Day/the Boston Marathon, St. Patrick’s Day Parade, Independence Day Festivities and St. Anthony’s Feast, held among the Italian population in the North End of the city. Sporting events are also held nearly every day in Boston.

What cultural things can you do in Boston?

Boston offers some of the best cultural opportunities in the country, masterfully combining present-day activities with historical traditions and emblematic architecture. Culture lovers will be impressed by the Boston Symphony Orchestra and all the historical sites and museums in the city.

What to know when moving to Boston?

Those moving to the city from outside New England are bound to notice that residents are highly driven and successful, mostly due to the wide-scale professional and educational opportunities.

What are the rental laws in Boston?

Rental laws in Boston are governed by the Massachusetts state law. Year-to-year lease contracts can be terminated by giving a 30-day notice. Basically, the month-to-month agreement continues until the tenant or the landlord gives the other party a written notice 30 days before the end of the rental period. In case of an at-will refusal to pay rent by the tenant, the landlord has the right to a 14-day notice before terminating the contract.