Apartments for Rent in Houston, TX

How much is the average rent in Houston, TX?

How to search for apartments for rent in Houston, TX?

Your perfect apartment for rent in Houston, TX is just a few clicks away on Point2. You can look up 1-bedroom, 2-bedroom, 3-bedroom apartments, studio apartments or any other type of rental in Houston, TX. Just use the filtering options available to find properties according to your needs.

How to find Houston, TX apartments for rent I can afford?

On Point2, you can search for apartment rentals in Houston, TX based on your budget. Sort all condos according to price, or get a tailored list of properties by setting the minimum and maximum monthly rates you're comfortable with. Moreover, you can use the Price Drop filter to look for any recent rent declines on the Houston, TX rental market.

Point2 offers a lot of information about rentals in Houston, TX, from property type, square footage and amenities to area demographics and even local rent trends. Additionally, you can use the map view to check if the apartments you're looking at are close to the facilities and services you need. The name and contact details of the real estate agents handling the condos are available on all listings, so just reach out to them directly through the contact forms provided.

Houston is a groundbreaking city. Its name was one of the first words heard from the Moon, and it has rightfully earned it the nickname of ‘Space City.’ But Houston is also known for the first artificial heart transplant, as well as the first domed stadium. In 2015, Forbes ranked Houston the fastest-growing city in the U.S., while Travel + Leisure named it the best place for foodies.

How big is Houston?

Houston is the fourth-largest city in the U.S., after New York, Los Angeles and Chicago. It counts over 2 million residents within the city limits, and it’s also the largest city in the Texas Triangle. The 13-county region known as Greater Houston spans over 8,778 square miles, an area larger than the state of New Jersey and almost the size of Massachusetts.

What cities are close to Houston?

The closest city to Houston, which is also part of the Texas Triangle, is San Antonio, 197 miles to the west, and can be reached after a 3-hour drive. Austin is 162 miles away, while Dallas is 239 miles to the north of the city.

Houston has a subtropical climate, meaning that the summers are hot and humid, with an average of 99 days of temperatures above 90ºF. The city has moderate weather year-round, and the temperature drops below freezing an average of 18 days per year. Houston has only experienced 15 measurable snowfalls since 1939. 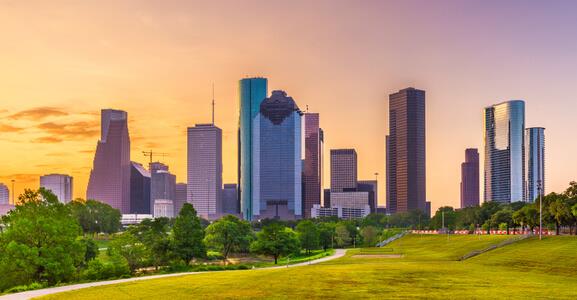 What are the pros of living in Houston?

Houston is a friendly, affordable and laid-back city. One of its main traits is its cultural diversity, with over 100 languages being spoken in the city, and consular offices for 92 countries, the third-highest number in the U.S.

What are the cons of living in Houston?

One of the cons of living in Houston is the lack of zoning, which means that the metropolitan area is a vast sprawl that requires most residents to rely on their cars. For some, the population density of less than 3,500 people per square mile is a pro (compared to 26,000 in New York City), while for others, it has raised complaints regarding urban traffic. 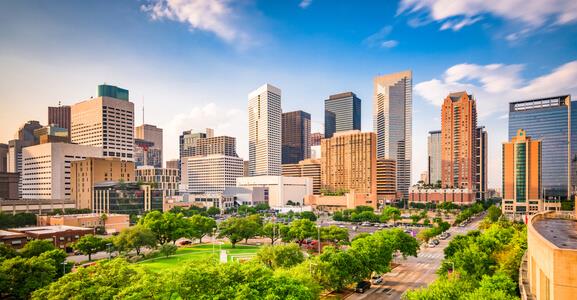 Is Houston an expensive city?

Compared to other large cities, Houston is quite affordable, with cost of living figures being below the national average. Rental costs are also reasonable, and residents have many options to pick from, ranging from downtown lofts to master-planned communities in the suburbs.

How much is public transportation in Houston?

Houston’s METRORail and bus system provide one-way tickets for $1.25, or $50 for a monthly pass. Metro Day Pass also offers unlimited stops for $3 per day. However, it’s best to note that the public transport system only serves a small portion of the city.

How much does a meal cost in Houston?

A three-course meal for two in one of Houston’s mid-range restaurants will cost $60 on average. If you’re dining alone, a meal in an inexpensive restaurant will be $15.

How much are utilities in Houston?

The monthly utility bill for a 915 sq ft apartment in Houston is $150 on average, including water, electricity, heating and waste disposal. Internet services cost $60 per month on average.

The average rent for an apartment in Houston is $1,304 per month.

What is the average apartment size in Houston?

The average apartment size in Houston is 881 sq. ft.

What is the rent for a studio apartment in Houston?

What is the rent for a 1-bedroom apartment in Houston?

What is the rent for a 2-bedroom apartment in Houston?

What is the rent for a 3-bedroom apartment in Houston? 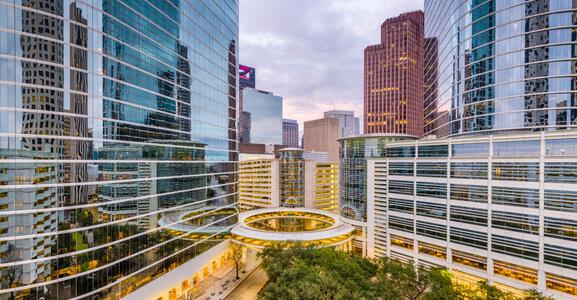 What are the major industries in Houston?

Houston was mainly known for its space, oil and gas exploration in the past, but it now enjoys a robust and diverse economy. Home to dozens of Fortune 500 companies, the city is also favored by budding start-ups and mid-sized businesses. One of the fastest-growing employment fields is the technology sector. Health care is also following closely, with the Texas Medical Center being the largest in the world, boasting 106,000 employees and over 7.2 million visitors each year. 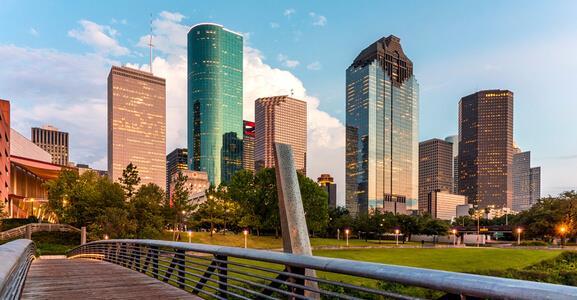 Does Houston have good schools?

Houston has 15 different school districts, with the Houston Independent School District being one of the country’s largest. In addition to public schools, Houston also has over 300 private schools and 100 magnet schools.

What are the top colleges in Houston?

What are the top attractions in Houston?

Houston offers a wide array of attractions for both residents and tourists to enjoy. One of the most popular is the annual Houston Rodeo, which attracts 2.2 million visitors each year. It is also a non-profit event that has so far donated $400 million in scholarships to the youths who take part in it. Houston is a foodie paradise, with over 10,000 restaurants catering to all palates and budgets.

What are the best museums in Houston?

Houston has 83 museums, and the Space Center Experience next to NASA’s Space Center is definitely a must-see when visiting Space City. Families and couples alike will enjoy the Houston Museum of Natural Science and its stunning displays of prehistoric plants and animals, as well as the Houston Zoo. The city also has ten museums free of charge and several options that have free hours, making them a budget-friendly option for visitors and residents.

What cultural activities are there in Houston?

The Theater District in Downtown Houston is the second largest in the U.S. (after New York City), providing over 13,000 seats and world-class shows in the four major performing arts: live theater, opera, symphony and ballet. Alternatively, head down to Rice University or the University of Houston’s campuses if you wish to enjoy a concert, a tour or even a lecture.

What parks are there in Houston?

The Houston metropolitan region has two of the largest public parks in the U.S. and over 150 private and public golf courses dotted around the city. Across the street from the 1.9-millions square-foot George Brown Convention Center, you’ll find a 12-acre, non-profit, downtown park that is also home to more than 600 events each year. Located inside Loop 610, Memorial Park is a 1,466-acre area with great amenities for those who love outdoor activities, such as playgrounds, picnic grounds, a fitness center, golf, tennis, as well as 30 miles for hiking and bike trails. The city also boasts the Bikeway Program and its 345-mile network.

What sports teams play in Houston?

Where to go shopping in Houston?

With over a dozen shopping centers, there’s plenty to choose from in Houston if you’re into shopping. Three of the most popular are the Galleria and its over 375 stores, Highland Village and Uptown Park, which has over 50 boutiques, as well as spas and restaurants.

What are the renter’s rights in Houston?

As a tenant in Houston, you are guaranteed by law that the landlord will provide you with habitable housing. Amenities also include security measures like smoke detectors, window locks, keyed deadbolts on exterior doors and pin locks for sliding glass doors. You also have the right to ask the landlord to make any repairs that would benefit your health and safety. Laws applying to tenants are controlled by the Texas Attorney General and cover fair housing, health and environmental matters.

Are evictions common in Houston?

Houston tenants also enjoy the right to ‘quiet enjoyment,’ which means that the landlord cannot evict you without reason or disturb your right to live in peace and quiet.

How do leases work in Houston?

Most landlords in Houston and Texas will require your signature on a written lease, although some may prefer verbal agreements. Standard leases may be strict, but some landlords are willing to be flexible when it comes to contract clauses and can, for example, allow a pet if you agree to pay more on your security deposit.