Apartments for Rent in Columbus, OH

See all agents in Columbus, OH

How much is the average rent in Columbus, OH?

How to search for apartments for rent in Columbus, OH?

Your perfect apartment for rent in Columbus, OH is just a few clicks away on Point2. You can look up 1-bedroom, 2-bedroom, 3-bedroom apartments, studio apartments or any other type of rental in Columbus, OH. Just use the filtering options available to find properties according to your needs.

How to find Columbus, OH apartments for rent I can afford?

On Point2, you can search for apartment rentals in Columbus, OH based on your budget. Sort all condos according to price, or get a tailored list of properties by setting the minimum and maximum monthly rates you're comfortable with. Moreover, you can use the Price Drop filter to look for any recent rent declines on the Columbus, OH rental market.

Point2 offers a lot of information about rentals in Columbus, OH, from property type, square footage and amenities to area demographics and even local rent trends. Additionally, you can use the map view to check if the apartments you're looking at are close to the facilities and services you need. The name and contact details of the real estate agents handling the condos are available on all listings, so just reach out to them directly through the contact forms provided.
Renter’s City Guide to Columbus, OH
Introducing Columbus Expenses & Housing Stats Jobs & Education Lifestyle & Renting Tips

The capital city of the state of Ohio was ranked among the best 50 cities in the U.S. by Business Week, and was recognized as being one of the top cities for businesses in the nation in 2013 by Forbes, receiving an A rating.

How big is Columbus?

The city is the 15th-largest in the U.S. and boasts a population of around 805,100 people. Columbus is the largest city in Ohio.

Where is Columbus located?

Columbus is known for having humid summers and warm winters. However, because the city is too far from Lake Erie to experience the lake effect, winters do not experience heavy snowfall. Similarly, Columbus is out of the path of nor’easters, which further spares it from heavy winter snowstorms. 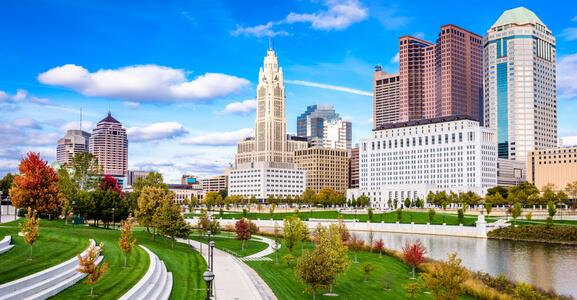 What are the pros of living in Columbus?

Columbus is home to The Ohio State University, which has a top-ranked football team that attracts hundreds of thousands of people to the city. It’s also famous for its top tier Zoo, Aquarium and lively art scene.

What are the cons of living in Columbus?

The city’s lack of public transit options is one of its major drawbacks. 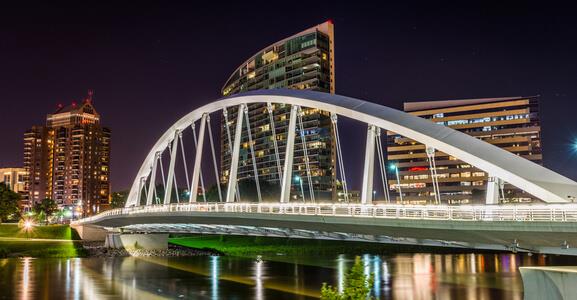 Is it expensive to live in Columbus?

The cost of living in Columbus is relatively low when compared to similar cities across the nation.

How to get around Columbus?

The Central Ohio Transit Authority, known as COTA, ensures limited public transportation options in the form of buses. The CBUS is a free downtown shuttle bus, which connects the Short North Arts District to the Brewery District and runs every 10 to 15 minutes. Columbus also features a bike-sharing system called CoGo.

How much does public transportation cost in Columbus?

Regular single fares cost $2 with COTA, while rush-hour fares are priced at $2.75.

How much does a meal cost in Columbus?

How much do utilities cost in Columbus?

Basic utilities — including heating, cooling, garbage, water and electricity — cost $171.71, on average, for a 915-square-foot apartment. This is slightly higher than the national average of $160.22.

The average rent for an apartment in Columbus is $1,096 per month.

What is the average apartment size in Columbus?

The average apartment size in Columbus is 883 sq. ft.

What is the rent for a studio apartment in Columbus?

Rent for a studio apartment in Columbus ranges between $410 and $2,900 per month.

What is the rent for a 1-bedroom apartment in Columbus?

What is the rent for a 2-bedroom apartment in Columbus?

What is the rent for a 3-bedroom apartment in Columbus? 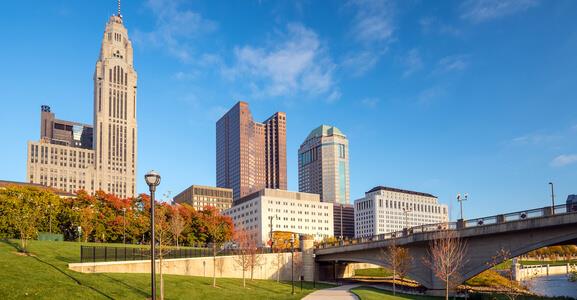 Who are the largest employers in Columbus?

The largest employer in the city is The Ohio State University with more than 29,000 employees, followed closely by the State of Ohio with around 22,000 people. JP Morgan Chase has a total of 12,000 employees, while Nationwide Financial employs 11,000. Columbus is considered to be a “college town,” but the finance sector is another major industry in the city. 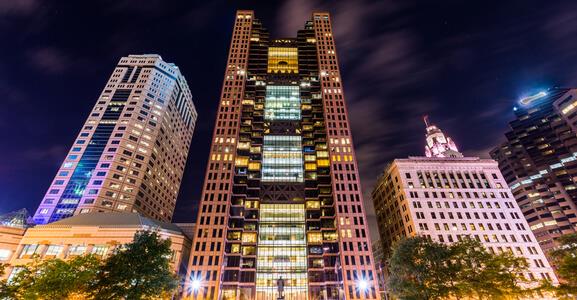 What are the top colleges in Columbus? 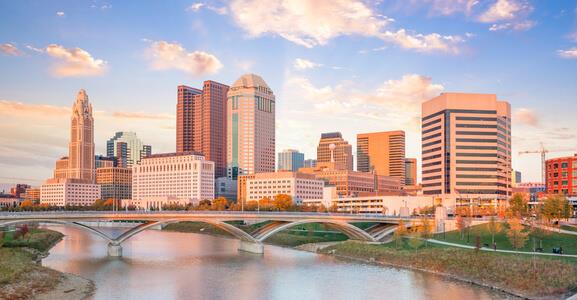 The Columbus dining scene is exquisite, boasting a wide range of eateries that serve different types of food from all over the world. Schmidt’s Sausage Haus is known for its excellent German Dishes; Skillet’s rustic, urban food is a favorite among those who love the New American fare; and Brassica was named the city’s best restaurant in 2015 by Alive.com.

What cultural attractions are there in Columbus?

The local Zoo and Aquarium are fantastic places to see animals — like the new polar bear named Nora — and even to touch marine animals like starfish. The new Heart of Africa exhibit spans 43 acres and features giraffes as one of its main attractions. The Columbus Museum of Art (COMA) stands out in the local art community with its impressive art collection and its rotating exhibits, notably featuring a Picasso exhibit. This is a fantastic place to experience art in Columbus.

What events are held in Columbus?

The Ohio State Fair is held in Columbus every year from late June until early August and has been named “one of the country’s best state fairs” by the Travel Channel.

What parks are there in Columbus?

The city features a wide range of parks for residents to enjoy, including Schiller Park with an abundance of green space, a playground, tennis courts, a fishing pond and an open-air stage for outdoor entertainment. The 146-acre Whetstone Park is another top destination in the city, boasting a rose garden, a community center and athletic fields. Both of them are free to the public.

Where to shop in Columbus?

Easton Town Center is a top-tier shopping destination, featuring shops such as Nordstrom’s, Coach, and Apple, and welcoming more than 21 million shoppers yearly. The Short North district is famous for its funky, unique boutique stores.

What sporting events are held in Columbus?

There are plenty of exciting sports teams playing in Columbus besides The Ohio State University’s teams. The Blue Jackets professional hockey team’s games are ideal for a family outing or a date night. The Columbus Clippers are also in town. They’re a minor league baseball team area Triple A affiliate of the nearby Cleveland Indians. The city is also a haven for hockey, football and baseball fans.

What to know about renting in Columbus?

Local renters’ rights are governed by the Ohio Landlord Law. Before renting a place, it’s advisable to check the entire apartment and establish whether any repairs need to be made. If there are any, then delay moving in until the repairs are fully made. Repair work needs to be put in writing and renters should keep detailed records and request that any promises from the landlord are put in writing.