Apartments for Rent in Louisville, KY

How much is the average rent in Louisville, KY?

How to search for apartments for rent in Louisville, KY?

Your perfect apartment for rent in Louisville, KY is just a few clicks away on Point2. You can look up 1-bedroom, 2-bedroom, 3-bedroom apartments, studio apartments or any other type of rental in Louisville, KY. Just use the filtering options available to find properties according to your needs.

How to find Louisville, KY apartments for rent I can afford?

On Point2, you can search for apartment rentals in Louisville, KY based on your budget. Sort all condos according to price, or get a tailored list of properties by setting the minimum and maximum monthly rates you're comfortable with. Moreover, you can use the Price Drop filter to look for any recent rent declines on the Louisville, KY rental market.

Point2 offers a lot of information about rentals in Louisville, KY, from property type, square footage and amenities to area demographics and even local rent trends. Additionally, you can use the map view to check if the apartments you're looking at are close to the facilities and services you need. The name and contact details of the real estate agents handling the condos are available on all listings, so just reach out to them directly through the contact forms provided.

The Southern city of Louisville was deemed one of the “Best Places to Travel” by Travel + Leisure. It’s a mix of classy and cool and is also home to the world-famous Kentucky Derby, an annual horse racing event.

Where is Louisville located?

The city lies on the border of Indiana.

How big is Louisville?

Louisville is about 1.5 times as large as Lexington, which is located 80 miles away. It’s four times the size of Cincinnati, which is situated 83 miles to the north.

Louisville experiences temperatures of 88°F in July and around 25°F in January. The city enjoys roughly 195 sunny days yearly, while snowfall in a typical winter is close to 12 inches. 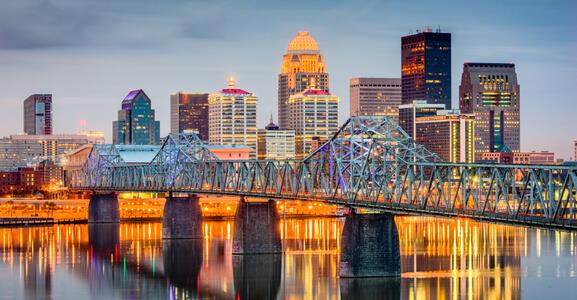 What are the advantages of living in Louisville?

The mild climate, low cost of living and proximity to other large cities, like Cincinnati, are some of the pros of living in Louisville.

What are the disadvantages of living in Louisville?

On the flipside, the city’s air pollution can be a bit of a nuisance. Stagnant air lingers over the Ohio River Valley, thereby trapping pollution from nearby power plants and automobile emissions. Environmental Defense listed the city’s air quality as the 38th worst in the country. 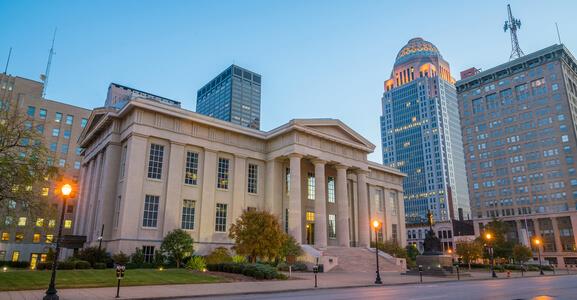 Is living in Louisville expensive?

Living in Louisville costs 27% less than the rest of the country.

How much do utilities cost in Louisville?

Utilities for a 915-square-foot apartment cost $146.70 per month, which is just below the national average.

How much does a meal cost in Louisville?

A three-course dinner for two at a mid-range restaurant is priced at $68.33, on average, while a regular cappuccino costs around $4.60.

How much does public transportation cost in Louisville?

The Transit Authority River City bus line provides the city’s public transportation. Passes cost $15 for 10 and discounts are available to students, seniors and disabled individuals. A 30-day pass costs $50, while express routes are $85.

The average rent for an apartment in Louisville is $1,175 per month.

What is the average apartment size in Louisville?

The average apartment size in Louisville is 932 sq. ft.

What is the rent for a studio apartment in Louisville?

Rent for a studio apartment in Louisville ranges between $775 and $1,844 per month.

What is the rent for a 1-bedroom apartment in Louisville?

What is the rent for a 2-bedroom apartment in Louisville?

What is the rent for a 3-bedroom apartment in Louisville?

What are the main industries in Louisville?

The city was listed among the “Top 10 Cities for Jobs” by Glassdoor. The downtown medical research center greatly contributes to employment and the economy of the city. Shipping, healthcare and medicine are some of the largest industries, which include UPS’ global air freight and Humana health insurance.

What are the top companies in Louisville?

One-third of American-made whisky comes from Louisville’s two prominent distilleries: Brown-Forman and Heaven Hill. Craft breweries are also on the rise in the city. GE Appliances & Lighting is headquartered in the city. Other large companies that are located in Louisville include Ford plants, Yum! Brands, Hillerich & Bradsby (the makers of the Louisville Slugger) and Crosley Radio. 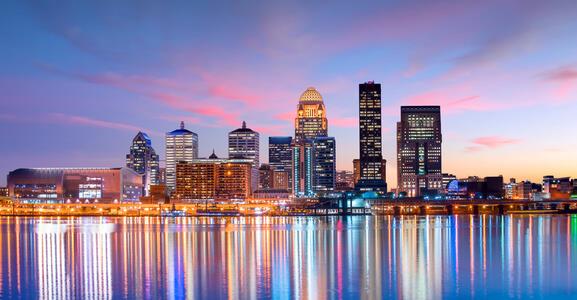 What is the public school system like in Louisville?

What are the top colleges in Louisville?

Some of the most prominent colleges in the city are the University of Louisville, Boyce College, Spalding University and Bellarmine University. Plenty of two-year technical and business schools can also be found here. 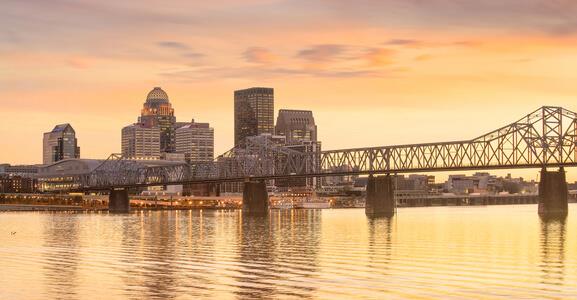 Is Louisville worth a visit?

What events are held in Louisville?

Churchill Downs is home of the renowned Kentucky Derby horse races. Two weeks before the derby actually kicks off, the Kentucky Derby Festival attracts quite a crowd with its parades, hot air balloon races, marathon run and the Great Steamboat Race. The iconic event starts with the Thunder Over Louisville, the largest fireworks display in the U.S. The annual Abbey Road on the River is a five-day festival and the biggest celebration of the Beatles in the world. The Forecastle Festival is a music and art festival attracting various artists and a crowd of more than 35,000. The Kentucky State Fair is held every summer, while the Kentucky Bourbon Festival celebrates the city’s favorite drink.

Time Magazine praised the city for having one of “America’s Best Music Scenes.”

What cultural attractions are there in Louisville?

Cultural attractions in Louisville are plentiful, with the city serving as home to the largest and oldest art museum in the country — the Speed Art Museum — which features more than 12,000 pieces. West Main District downtown is home to “Museum Row,” which features the Frazier History Museum; the Kentucky Museum of Art and Craft; and the Muhammad Ali Center, home to plenty of the famous boxer’s memorabilia. Theater fans will surely appreciate the Kentucky Shakespeare Festival and the Humana Festival of New American Plays. The city is also home to the Kentucky Opera, the Louisville Ballet, the Louisville Orchestra and StageOne Family Theater.

What family attractions are there in Louisville?

The Kentucky Science Center, with its hands-on exhibits, is fantastic for kids. Baseball lovers will enjoy the Louisville Slugger Museum, while skateboarding fans will surely appreciate the 24-hour Louisville Extreme Park, designed by legendary pro skater Tony Hawk. The Renaissance Fun Park — with its laser tag, mini golf and go-karts — is another preferred family attraction. It’s complimented by the Community Boathouse — which offers canoeing, kayaking and rowing opportunities — and the Iroquois Park, which offers a serene setting to enjoy a myriad of events held in the outdoor amphitheater.

USA Today named Louisville as the second-best local food scene in the U.S.

Does Louisville have any pro sports teams?

Despite not having any pro sports teams, Louisville still attracts large crowds to the Louisville Slugger Field — where the Class AAA Louisville Bats baseball team plays — and to the Derby City Soccer and Louisville City FC soccer matches held in the city.

What to know about renting in Louisville?

According to Kentucky’s rental law, a landlord can end your lease if your rent is overdue by seven days. Also, keep in mind that you must notify your landlord if you wish to leave the rental for seven days or more, even if it’s to go on vacation. If you decline to do so, you’re liable for any damage during the period you were away. If your rental is left empty for more than seven days, the landlord can enter the premises without prior notification, even if it’s not an emergency.