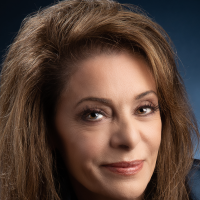 As another year launches, broker-owners are faced with how to get more sales from their agents. Many offices depend heavily on what has worked in the past. But what if you could pick the brains of highly profitable broker-owners to find out how they have greatly increased their profitability, retention and recruitment in 2014?

Point2 has done the research for you and has a solution designed especially for your management team. We are kicking off the year with “How to Be More Profitable in 2015.” This new series of monthly events starts Tuesday, January 20, 2015.

Every month, in a 36-minute virtual “consulting” session, Point2 will host an interactive online meeting specifically designed to address challenges and solutions for brokers and managers.

These sessions, lead by real estate coach and consultant Terri Murphy, will provide insights, solutions, strategies and systems to empower brokers with cutting edge information to save time and energy. We will use this forum to share brokerage initiatives that are proven to increase sales and profitability.

Future months will also include a second virtual event that will be deployed as a “coaching” solution for brokers. One of the key initiatives our recent research revealed was that real estate offices that provided some element of “coaching” saw measurable results in growing their middle-producing agents, as well as retaining their top producers.

We will offer this second event later in each month as a “coaching” platform, provided by the broker to share with their agents. This program will include specific sales growth themes and initiatives for your team. We will augment the coaching program by making downloadable check lists, scripts, e-books, marketing initiatives and videos available to keep your agents interested in and connected to their coaching program.

You are invited to join us on Wednesday, January 28th for our 2015 Broker Profitability launch:

Why not tap into the strategies, systems and tips that are proven to make more money more easily and get “free” coaching for your agents?!

Get Top Management Strategies for Profitability in 2015

Would you consider celebrating New Year’s in October or emailing your agents every morning, 5 days a week, with one specific money-making activity that had to be completed?

What if you could learn from four of the most profitable brokerage leaders to find out what they did in 2014? What if you could get their secrets to money making, team building and branding activities that paid?

Last week our friends at RISMedia hosted their end of year Power Broker Webinar series, “Finish the Year Strong, Start the New Year Even Stronger.” Four top management brokers shared tactical strategies that rocked their profitability in 2014 and what they will continue to pursue in 2015.

Here are some of their top takeaways to help you launch your best year of success ever in 2015:

Dan Forsman tackled rebranding in his marketplace with a campaign that resulted in over 100,000 consumer lead responses to an offer for an Automated Valuation Model. He focused on having his agents develop and become highly accountable to a comprehensive business plan that included getting an email or text to the agents 5 days a week to keep them engaged in dollar productive activities.

Jeff Sposito is a strong supporter of outside coaching for his agents and pays a part of the coaching costs to keep them focused and monitored. Jeff noted that first quarter numbers were low, so he launched a New Year’s kick off in October that corresponds with a 15-month business plan, rather than a 12-month plan in January. He concluded that January was too late to build momentum, and now enjoys a robust first quarter every year. All is tied to the execution of solid business plan development with these agents and their coaches for optimum sales and productivity.

Paul Wells in Barrington Illinois heads two offices with only 50 agents and closed over 1,000 transactions in 2014. His secret is to retain good agents, grow medium producers incrementally and offer systems to keep agents doing dollar producing activities, moving the burden of paperwork and follow up to staff.  Paul is enthusiastic about using technology including drone videos and 3D cameras as well as coaching to support his agents with cutting edge systems and solutions.

Finalizing this super team was Sandra Sanders who is outstanding at recruiting and retaining agents with over 125 new agents in 2014. Her office is fully equipped with services that include video production set ups with green screens to make it easy for her agents to quickly produce videos, helping them engage prospects with properties in real time.

These four are proof that helping agents stay focused with top practices is the key to higher profits!

For a full recording of this session, visit: https://www.youtube.com/watch?v=5b4mI7Ljy7c

You know what most real estate agents really want? Point2 Agent users tell us that they want help planning activities that make more sales. Our coaching clients have asked, and we are delivering!

Register for Thursday’s FREE coaching call to learn from the expert herself, Ms. Terri Murphy. Terri will share her very own list of the top ten actions you can do now that will be sure to put you in the profit zone long before year’s end. Discover new ways to expand your sphere of influence and get more leads.

This power session is exactly what you need to close more sales before the holiday season.

This webinar is now over. The recording will be posted on the blog tomorrow.

If you have questions to ask Terri, this is your chance! Leave your queries below and we’ll pass them on to her before the webinar.

It’s often been said that “all of us is smarter than one of us,” and that is exactly what we are excited about bringing to you on August 29th with from our two special top producers from Canada!

Kelley is exceedingly proud to hail from the Calgary area. He has mastered the best ways to use online channels to streamline his business more efficiently and profitably!  Kelley will share with us how he has digitized his entire marketing, servicing and tracking activities to have more time and make more sales. That’s important to Kelley, as he is the dad of twins, so maximizing his work time to be with his family is not only important, it’s a priority!

With a focus on promoting a community and lifestyle over his accomplishments, he has positioned himself and his company online as a resource and leader in his community. Active Facebook and Twitter accounts help Kelley spread the word about why he loves living in Calgary.

You won’t want to miss how he has harnessed the power of the digital world to make more money while putting in fewer hours.

We’re also thrilled to introduce the fantastic Terry Christianson from ReMax in Winnipeg.

Terry is a long time top producer and, although he may not utilize the social media channels as fervently as Kelly, he has mastered how to be very profitable and highly effective with his Point2 web presence as well as other online servicing tools.

Terry is a champion in his community as well, donating his time and resources to multiple church and community initiatives, including “Taking Pride Winnipeg,” a community house-painting activity, driving a bus to save Peace Gardens money and serving as the Transportation Chair for the World Under 17 Hockey Challenge held in Winnipeg in 2011.

Terry will share what he has used to position himself as a true resource and trusted advisor in his community.  Terry’s heartwarming mottos are “buying or selling a home is only the beginning of where a neighborhood grows” and “we all have to do our part in making it a better place to live.”

Two super stars! Two totally different approaches, but both in the Winner’s Circle – you won’t want to miss these simple steps to making more sales the Canadian way!

Do you have any questions you’d like to ask these two gentleman? Send ’em our way and maybe you’ll hear your question asked during the presentation.

Upcoming Webinar: From Rags to Riches with Niche Marketing

Jack Cotton is an undisputed luxury home expert and the author of Selling Luxury Homes. Learn how you, too, can go from riding a broken down bike and securing your first listing, to later driving a Porsche to visit your dozens of listings by developing lasting relationships in a specific niche.

Think of “luxury homes” and likely images of palatial mansions with huge rooms, saunas, a pool, an intimidating gate and sprawling grounds come to mind. Or, you may think of the price tag being over a cool $1,000,000. According to Jack Cotton, though, that’s a misconception. Every market has its own version of the luxury home, which Jack says is the top 10% of the local market. A modest home priced well below a million could be a luxury home for the area surrounding it.

This means that the top 10% of your market is luxury and could be marketed as a special niche market.

Not a luxury home person? Doesn’t matter. These principles will work on any niche. Jack says: If I can do this, YOU can do this!

This webinar is over. Click here to watch the recording.
Seats are limited. You will be emailed a registration confirmation.

Join us and get your real estate production on the path to profitability.

What do you offer clients that differentiates you and catapults you past your competition? When asked, many real estate agents fumble with why and how they truly stand apart from the crowd!

Although agents know about some of the tools and technology to help them succeed, they often fail to put them together with powerful brand messaging that rockets them past their competitors in the eyes of buyers and sellers.

Join us and our guest, branding expert Robert Allan Paul, for 3 savvy steps to develop a personal brand that differentiates you from everyone else in your marketplace and makes you the agent of choice.

In less than an hour, you will:

Discover how to move prospects from thinking “Why should I hire you?” to standing in line to hire you!

This webinar is now over. Click here to watch the recording.

Don’t miss this opportunity to learn from a leading expert and forever change the way you market yourself and your business.

Summer Special: Your Chance to Get More Visibility for Your Services for Up to 50% Off

Grain Silos: Off the Farm, Into The Suburbs