See all agents in Chicago, IL 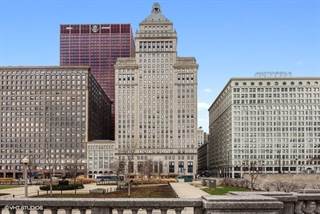 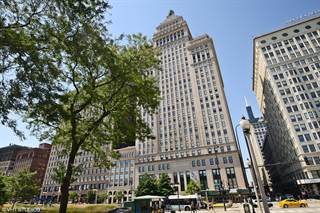 What is Chicago known for?

Located on the shores of Lake Michigan, Chicago is the seat of Cook County and the largest city in the state of Illinois. It’s also the third-most populous city in the country and is known as an international hub for commerce, technology, finance and telecommunications.

As a major financial center, Chicago is home to the second-largest business district in the United States. As such, the city boasts an incredibly diverse economy: In fact, it’s often cited as having one of the most balanced economies in the country. Several Fortune 500 companies — including Boeing, Exelon and McDonald’s — are headquartered in Chicago.

One of the biggest perks of living in Chicago is the lack of income tax for residents. Plus, the local real estate market offers a wide variety of housing options — from modern, high-rise condos to brick bungalows; townhouses with landscaped yards; and even traditional cottages.

Are Chicago homes for sale expensive?

Once famous for its affordable housing options, the real estate boom in Chicago has somewhat increased property prices in the area.

The median prices for attached and detached homes for sale in Chicago, along with the median sales price for all residential properties, are:

What are the best neighborhoods to buy a home in Chicago?

Chicago is made up of 77 communities belonging to four major areas: Central, North Side, West Side and South Side.

Located in the very heart of the city, the Central area is comprised of major commercial, cultural and financial institutions. Its streets are dotted with high-rise condos, coops, and townhouses and mixed with fabulous green spaces — like Millennium Park or Grant Park, which offer ample space for recreation and relaxation for residents and tourists alike. The famous elevated tracks of the rapid transit “L” train network can also be found here. Central Chicago is known for boasting pricier properties than other areas.

This part of Chicago is the most densely populated residential section, featuring plenty of schools and retail outlets. It features a charming mixture of townhomes with beautifully landscaped yards, traditional brick bungalows, cottages and condos. Notably, the many miles of beaches along Lake Michigan provide fantastic recreation opportunities. And, Lincoln Park — with its zoo and conservatory — can also be found in this part of the city.

As the most massive area of Chicago (covering approximately 60% of its land area), the South Side contains various tourist attractions, such as the Museum of Science and Industry. It’s also home to two of the city’s most significant green spaces, Jackson Park and Washington Park. Former notable residents of the South Side include the 44th president of the United States, Barack Obama, and “The Greatest,” pro boxer Muhammad Ali. The South Side also contains some of the most affordable real estate deals in the city, which come in the form of bungalows, mid-rise condos, modest townhomes and multi-family dwellings.

The West Side is known for its vibrant nightlife and wide variety of restaurants. It also hosts the University of Illinois at Chicago, along with a few famous sports teams, like the NHL’s Chicago Blackhawks and the NBA’s Chicago Bulls. This area includes one of the largest medical districts in the country — the Illinois Medical District, which provides valuable services and research facilities. In terms of properties, the West Side mostly features high-rise condos, along with high- and mid-rise office blocks, complimented by plenty of apartments aimed at housing students.

What is the education level in Chicago?

Approximately 85.1% of Chicago’s residents are high school graduates, while 39.5% hold bachelor’s degrees or higher. To that end, Chicago State University and the University of Illinois at Chicago offer a wide range of courses across diverse fields. In addition to public institutions, there are also several well-regarded private institutions in the city, such as the University of Chicago and Illinois Institute of Technology.

What kind of jobs are there in Chicago?

Chicago is an economic powerhouse, known for having one of the largest and most diversified economies in the world. Of its 400 major corporate facilities, 36 are Fortune 500 companies, while 31 are in the S&P 500.

The more than 4 million employees in Chicago work in several different fields — including trade, transportation and utilities; professional and business services; education and health services; manufacturing; and leisure and hospitality industries.

What to do in Chicago?

Chicago is a fantastic tourist destination, offering a myriad of parks, art galleries, festivals and museums. The city also has a bountiful supply of large outdoor art, such as mosaics and murals. And, the West Side’s Garfield Park is home to one of the largest collections of greenhouse plants in the country. The city’s restaurant scene is also quite diverse, ranging from cheap eats to Michelin-starred restaurants.

Chicago has a rich heritage when it comes to the history of blues, soul and jazz, which can be witnessed in its vibrant nightlife scene. Outdoor concerts held in the city’s parks are prevalent during the summer months, when locals and tourists can enjoy the works of world-class groups like the Chicago Symphony Orchestra. The city is also home to a large number of performing arts theaters.